Apple regained its throne as the biggest mobile device manufacturer in the world overthrowing its rival, Samsung, by hitting record high sales in the last quarter of 2016 [1]. For developers like me, this means we should anticipate more iOS devices in the coming year.

Still, competition is fierce and in order to stay on top of the game Apple has invested more in research and development than ever [1]. From AlphaGo’s historic victory against top tier Go player Lee Sedol to Tesla’s self-driving cars, breakthroughs in deep learning have broad applications and public interest is at its peak. The big five are all motivated to bring leaps in artificial intelligence to consumer applications. Apple joins the race in capitalizing on this sensationalization by promising to deliver a magical integration of technology and intuition.

This year, I was fortunate enough to attend tech’s renowned conference, WWDC, and get an insider’s view of what’s new with Apple and how their evolving culture of software impacts the rest of us.

Many advances have been made in other areas including game development. For brevity, I highlight areas that will have the highest impact in enterprise development.

The iOS team is determined to take advantage of recent developments in Artificial Intelligence. Integrating deep learning and neural networks to make their in-house apps more catered and convenient. The ultimate goal, according to Tim Cook, is to cultivate intuition on your device that anticipates your needs. 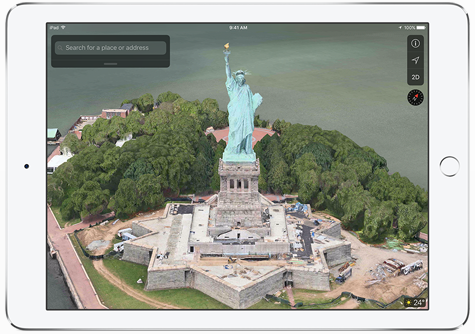 Other convenient miscellaneous features include…

Leveraging the power of Machine Learning, Apple’s in-house team were able to build more intuitive apps. But how can we take advantage of smarter algorithms?

Along with the long standing NLP framework, Apple has introduced Vision and Core ML. Complex language processing is designed to be handled by NLP. Vision takes care of everything related to graphic processing including image pattern recognition and categorization. For everything else, there’s Core ML.

Powered by Accelerate and MPS, Core ML allows you to drop trained model into your project and learn on the user’s device. It takes care of energy efficiency and on-device performance tuning, so you can focus on delivering experience. This allows you to do some pretty amazing things like… 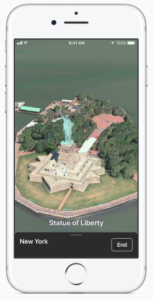 Traditionally, images used to be out of the scope for processing. Hardware wasn’t strong enough; software wasn’t intelligent enough. Advances in hardware and AI have overcome these barriers opening the door for more rich and engaging features.

Now let’s take a step back to look at NLP. NLP is not new to the iOS, but the additions made to NSLinguisticTagger for iOS 11 may prompt you to revisit this framework. New APIs allow you to breakdown and identify lexical class, such a verb or noun; tokenize words, is it a word or punctuation?; and perform lemmatization i.e. identifying the underlying relationship between words e.x. “better” and “good” are essentially the same. This lets you deconstruct sentences and provide better suggestions to create an overall more interactive experience.

For Testflight, the results are…

This year Apple introduced the next successor, Swift 4. Just as we were getting accustomed to the new syntax introduced in Swift 3.2. The good news is source compatibility with Swift 3 is top priority in Swifts 4. The transition, in theory, should require little effort. If you do decide to take the dive into Swift 4, you can look forward to…

Finally, last but not least.

The release of Xcode 9 will be the biggest game changer for Apple platform developers like myself. For those of you whose projects simply don’t scale with Xcode’s build times, the new Xcode promises…

Meaning more time for writing code, and less time waiting for your code to compile and run.

Transitioning from Xcode 8 to Xcode 9 is meant to be easy; however, a word of warning for those itching to upgrade, Xcode 9 is still very much in beta.

The Next Mobile Frontier: Context