Nov 7, 2014 12:00:00 AM
Taylor Reese
I was asked to live sketchnote UX Camp, a day of user experience presentations put on by UX Edmonton. Having sketchnoted UX Camp last year, as well as events like ‘Reimagining Shaw Conference Centre’ recently, my acceptance of invitations like this is pretty quick now. It is fast becoming something I love doing, regardless of the stress involved in drawing at speed in front of a large group of people.

If you have an event or session coming up and think a live sketchnoter would make it more engaging or help get the point across, please email me. 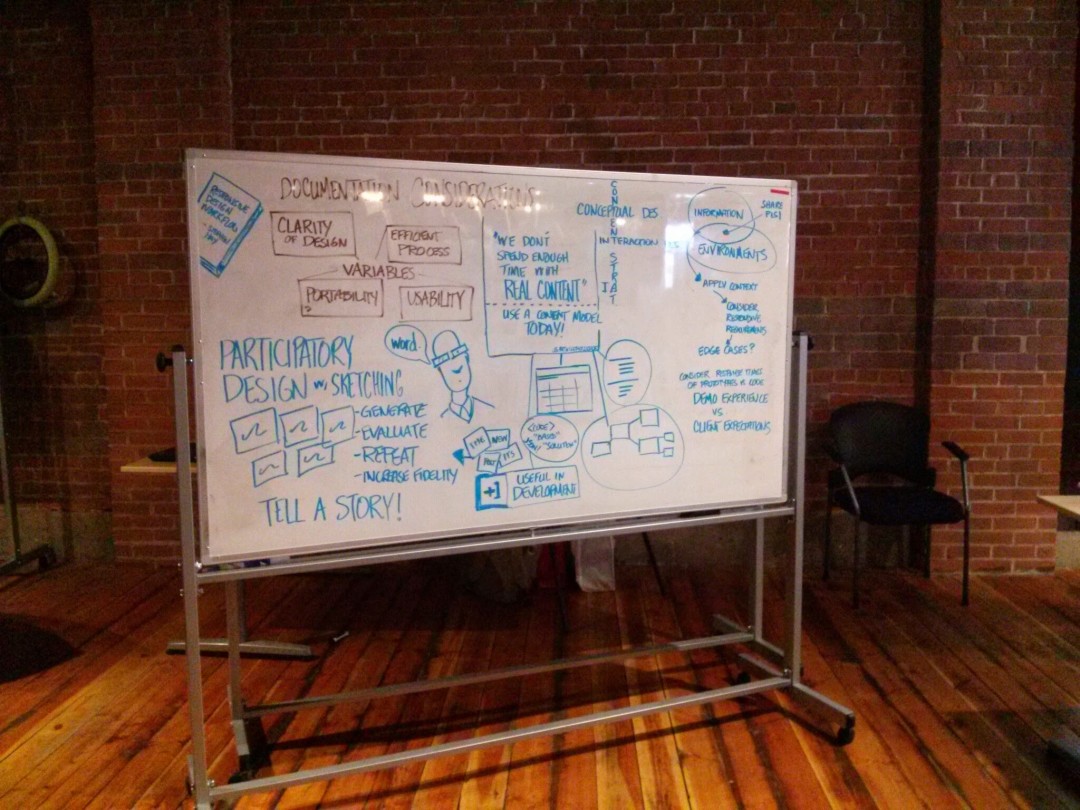 If you don’t know what sketchnoting is please read my previous post, The Art of Sketchnoting. Live sketchnoting simply adds the public dynamic–sketchnote on a big scale in front of many people, while a speaker is delivering their material. It might seem harrowing with all those people watching you and a speaker delivering unknown content which you need to parse as quickly as possible. I’ve found it requires so much focus that I can’t worry about everyone watching me work, or take time to dread whatever the speaker will say next. 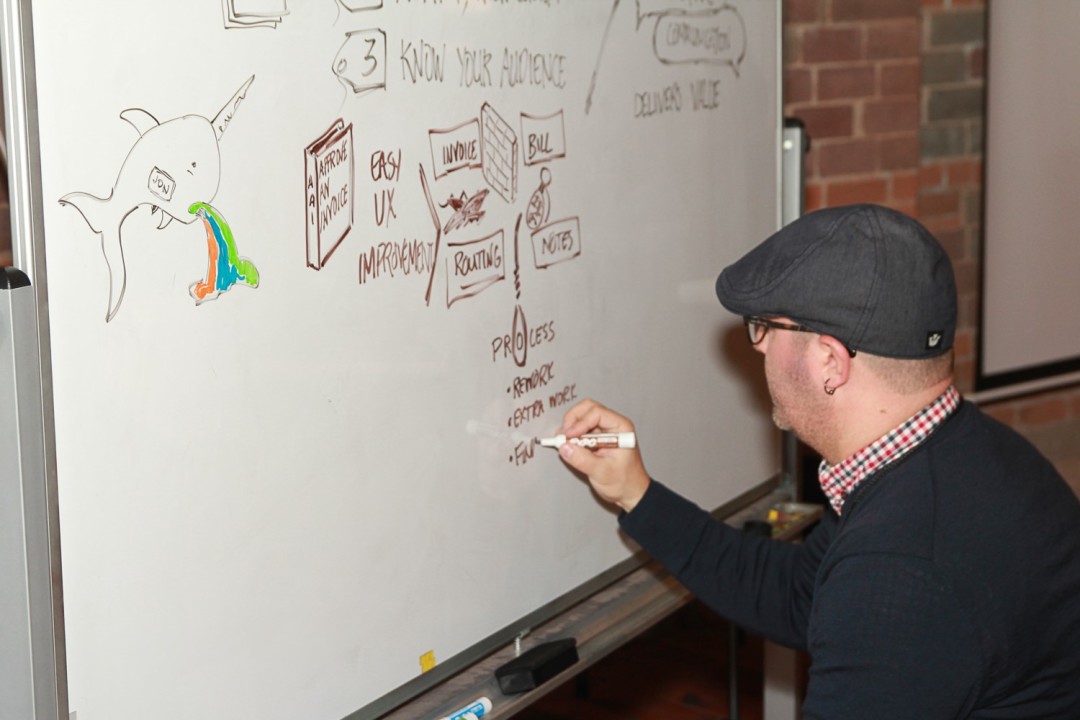 I’m often more constrained by the tools than anything else. At last year’s UX Camp YEG, we taped massive pieces of paper to vertical boards like the one pictured above and used an assortment of sharpies. I was constantly worrying the sharpies would bleed through and wreck the boards underneath. I worried over what marker I wanted to use in what situation, and the paper moved beneath the markers constantly. This year, I used whiteboards and dry erase markers. During the keynote, delivered by @gsmith from nForm, I filled five boards. 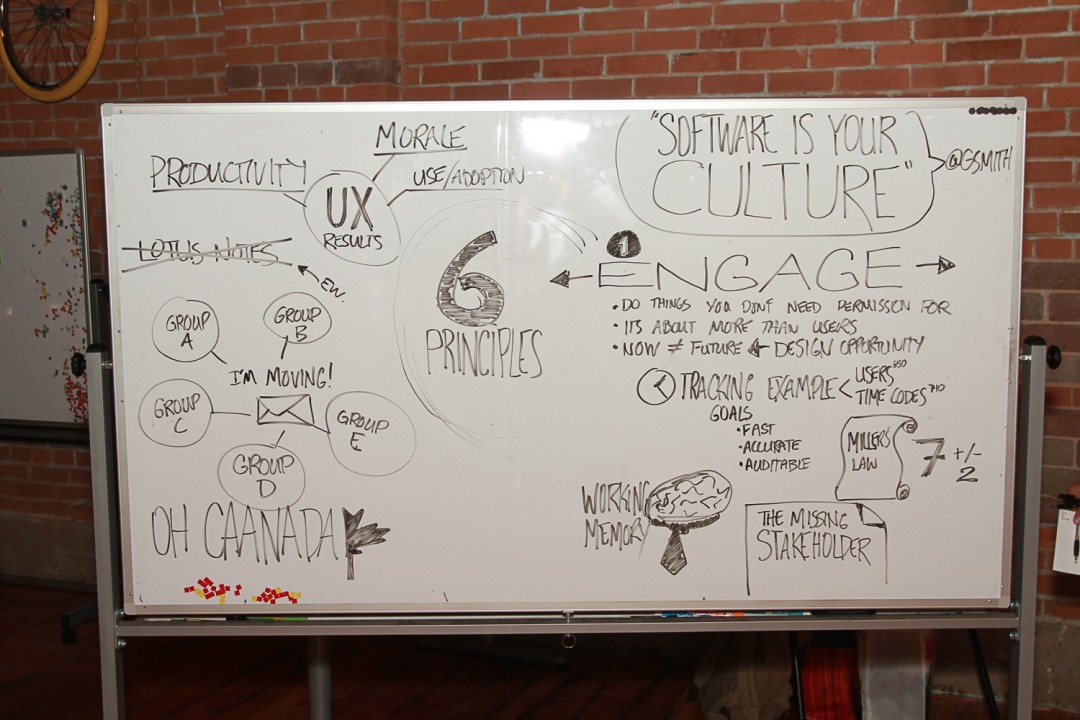 Bob Evans and I were constantly turning boards around, or bringing in a fresh board. Thankfully, the good people at Startup Edmonton had enough on hand. It still created a tough experience though. The boards were rattling while I was sketchnoting, dry erase can be really messy, I was constantly tempted to erase and do things over.

The worst part of either of these approaches is that they create distraction. Live sketchnoting is meant to add interest and perspective, as well as a heavy dose of art to any business session. 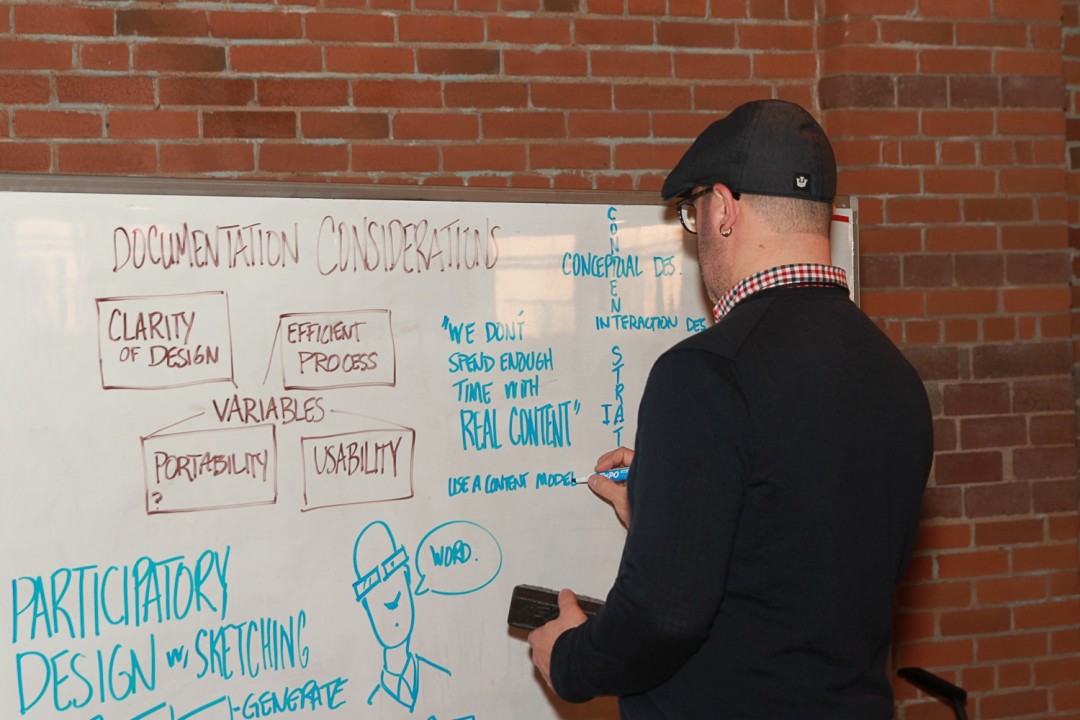 The speakers I sketchnoted this year were: 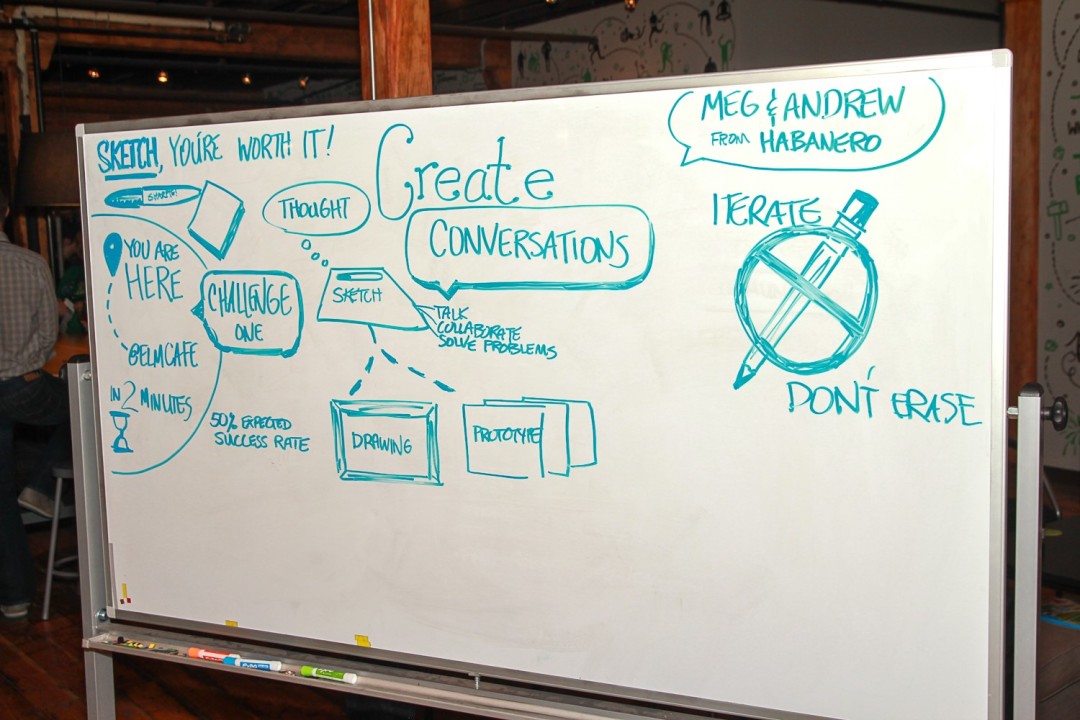 Photo credits on this post goes to Mark Elamatha, who you can track down on twitter as @melamatha. 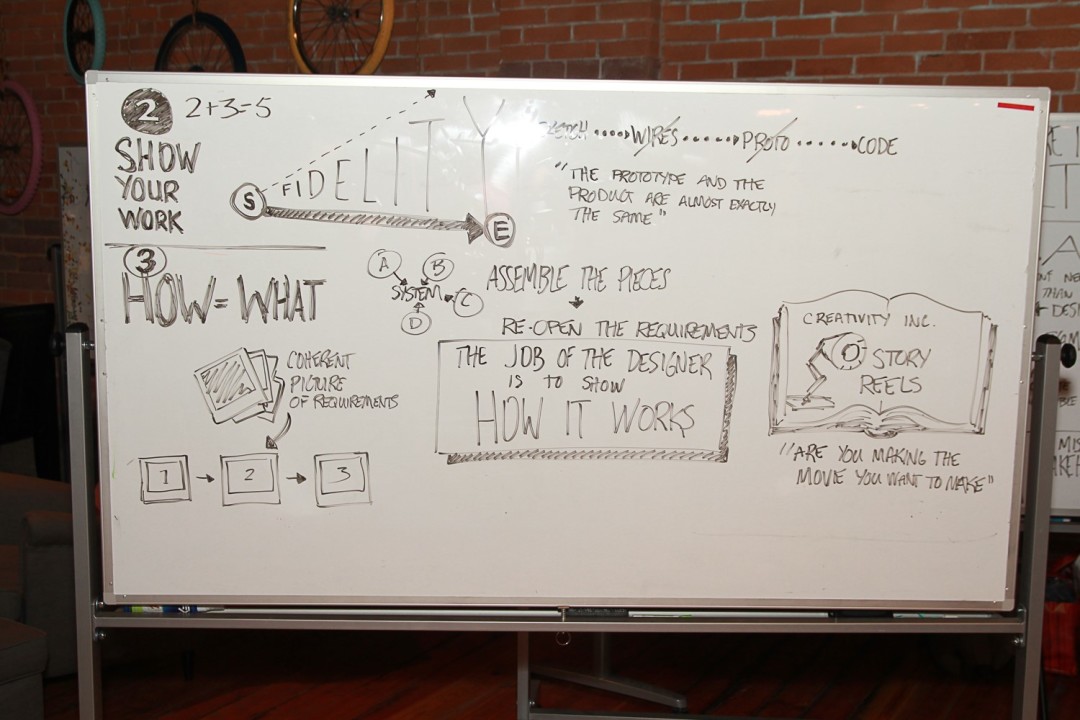 I have to give a big shout out to Ammneh, Andrew, Bob and Lisa for putting on a great event and inviting me to be a part of UX Camp again this year! I had a great time. 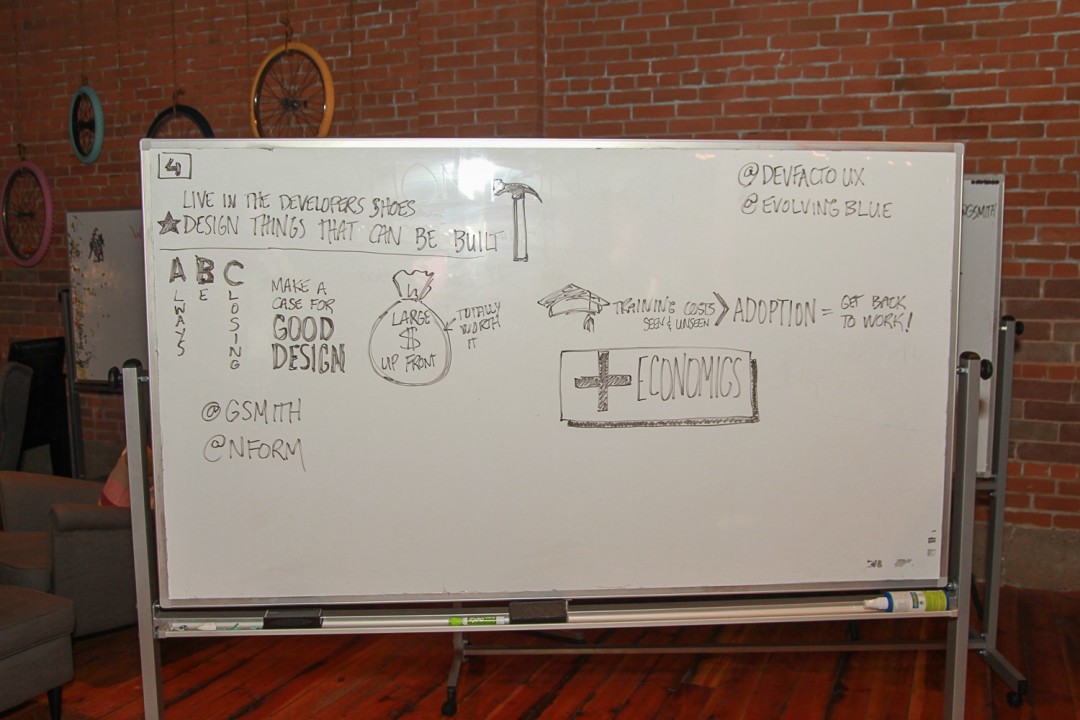 I think UX Camp brings out the best in our UX community in Edmonton. There was a great mix of action and thought, and you can’t beat food from @elmcafe! Next year, I’ll have a Surface Pro hooked up to another projector via mini display port. We can avoid limited drawing surfaces, the distractions of moving boards around, and present everything large and clear in an immediately shareable format.